Goddess of love and fertility

Unknown (more like a departure than an actual death)

Female but most likely genderless

Sylvian, The Old God of Love and Fertility, is an old god in Fear & Hunger and Fear & Hunger: Termina. In Fear & Hunger, in Terror & Starvation mode, she makes a physical appearance as an end-game boss.

A goddess of fertility, love, lust, and creation. She is one of the old deities worshipped by man, before man decided that they had enough of the old world order and wanted to supplant the old gods. Like Gro-Goroth, the god of human sacrifices, she comes from the green hue, the place where the Lady of Moon, possibly the Maneba, possibly the Pocketcat, Rher, and maybe even the God of the Depths come from.

She created men and women at the dawn of time, the creation of the world. Because of this, she could be seen as a Mother Goddess, the one that brought life to everyone in many ways, while Gro-Goroth, her opposite, brought death to everyone in many ways. A beautiful balance and duality one can say from reading about the two. Her union with Gro-Goroth also spawned another old god: Vinushka, the god of nature.

Sylvian wishes for men and women to make love in her name. But what kind of love she wants, is interpreted differently by everyone. Some take it literally and show love to each other in a form of marriage. But not just any marriage. A beautiful marriage of flesh for two or for three.

The twisted realities of these different kinds of love is because Sylvian realized that the men and women she created would not be able to return the same amount of affection towards her as she does to them. Her love is a more twisted form, as shown by the example of the Marriage and the Abominable Marriage.

It is unknown when she has left the world, but it is known that she is the first of the old gods to have disappeared from the world, most likely followed by Gro-Goroth afterwards.

The Traces of Gro-Goroth reveal, after defeating it in battle, that the old gods the humans knew have left the world because of humanity's selfishness and ambition towards usurping their position, and that they understand nothing about the purity of the ideas the old gods have. But even if humans did have a glimpse at such an idea, they would not be able to comprehend it, as seen in Ending B.

Her symbol is the shape of an opened eye. In Fear and Hunger: Termina, her symbol has been changed and is now represented as a vertical slit. This icon could be interpreted as an eye, or a vagina.

Fighting Sylvian is only possible in Terror & Starvation mode.

She is found in the Void, after finding and following the wooden path. She is guarding a bridge that leads to Le'garde and will arise from the green hue to fight the player. The player will be noted "The green hue is starting to make you feel dizzy..." before finding the bridge.

As a one of the old gods, and the being that created mankind, Sylvian is one of the strongest beings in Fear & Hunger. Her body consists of multiple tentacles that each attack individually with devastating strength, causing possible cuts, stuns, and can grab a player, making them skip turns. This means she is almost impossible to battle solo. She has a high amount of health, her head especially. Her attacks affect both the health and mind of your party.

It is recommended to first find your party members scattered in the Void before engaging in the battle, as Sylvian can easily even wipe out a party of four. If you have failed to find them for whatever reason, or are playing on hard mode, it is good to make use of spells such as Blood Golem or Demon seed, which can be raised from a corpse of a Blight or baby-Blight in the area.

One of her body parts is a tumor. This part will randomly grow during turns until it becomes a copy of one of the four main playable characters, and will use a unique attack attributed to the character. She also has a unique attack called Color of the unknown, which causes the party's psyche to crumble and lose 25~ mind each. When battling her, it is good to make use of strong physical attacks as she can easily make the player run out of ales and elixirs by repeating the attack.

It is recommended to gather as much strength early in the fight as possible and chop off her tentacles, as leaving them free to grab you and damage every turn can be devastating. It is also useful to poison her body early to make her lose health every turn while the player is busy fighting her tentacles. Certain skills, such as Locust swarm, which can stun every body part, can completely nullify Sylvian. 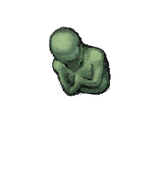 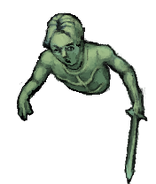 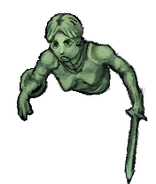 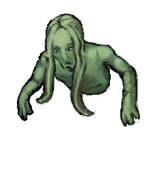 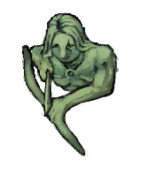 Sylvian [tumor] (Outlander\Ragnvaldr)
Add a photo to this gallery
Retrieved from "https://fearandhunger.fandom.com/wiki/Sylvian?oldid=4663"
Community content is available under CC-BY-SA unless otherwise noted.